Filming has started in Margate for Sam Mendes movie, Empire of Light 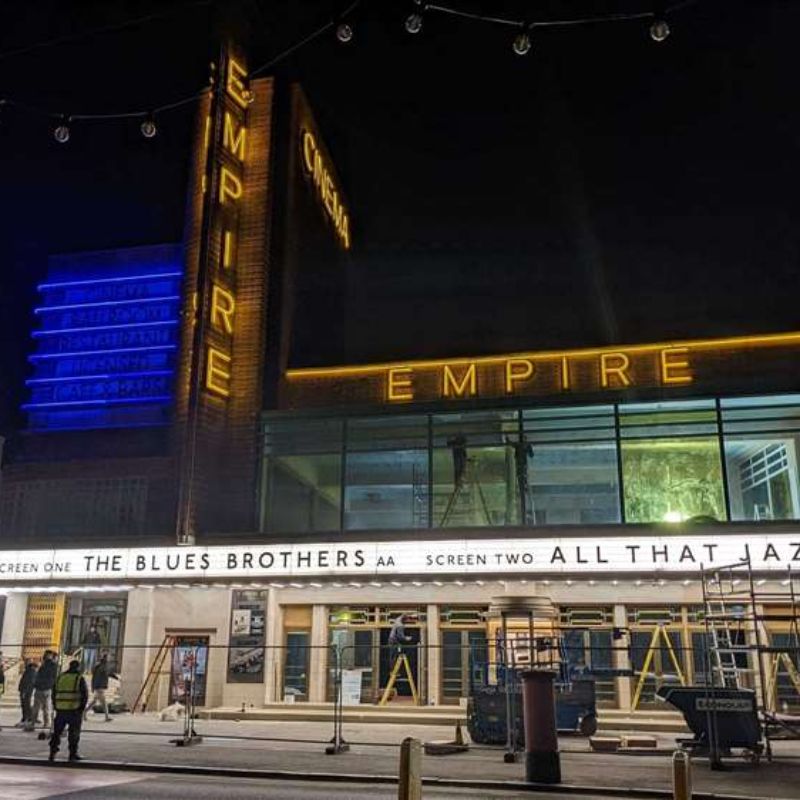 Margate's iconic Dreamland building has been transformed into a retro cinema named the Empire. The filming has begun with Margate's seafront being coated in fake snow and decorated with Christmas lights.

Written and directed by Sam Mendes - the Oscar-winner behind films including 1917 and James Bond films Skyfall and Spectre - it is rumoured to be a love story set in and around a cinema during the 80s.

Margate is frequently changing with the times and becoming one of the most popular seaside towns in East Kent. Book direct with us for a unique getaway in iconic Margate!